I had such a great day yesterday. We attended a “Happy Trump Day” party, with great food, conversation, and even fireworks. It was snowing as we headed home and we were both smiling and genuinely happy. Yay!

Today there is a march in DC, with speeches, etc. supposedly for women’s rights. Ugh. They would not allow any pro-life groups to participate. At all. But they are showing up, anyway. There is a movement to make these hats called, “Pussy Hats.” It disgusts me. They even shared patterns online to crochet or sew them and asked everyone to wear them today. Horrible. I just watched a short video of an actress screeching at the TV about how disgusting she is – and taking pride in it. She was yelling about the morals of President Trump, and being proud of herself and her choices. I have to admit, I was embarrassed for her. She has debased her morals so thoroughly, she cannot even see it.

“Let no unwholesome word proceed from your mouth, but only such a word as is good for edification according to the need of the moment, so that it will give grace to those who hear.” Ephesians 4:29

Where have we sunk to? Where has the moral compass of our culture started to guide us to? I am beyond sad. I also watched a short video that says, basically, that if you believe in people like Beyonce being a good role model for your kids or that not recycling is worse than pornography, then Trump is your president. Our representatives come from among us. They rise from our culture and become our leaders. We don’t invent them. They come from our neighborhoods. They attend the same schools. They live in our states. We don’t pluck them from thin air. We foist these celebrities upon ourselves. We give them their “15-minutes of fame” or we allow them “air time.” We pay their salaries by investing our money in their products. Those products are songs, movies, books, plays, Facebook. We did this. 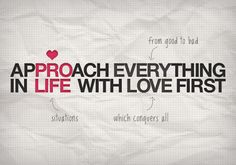 And I am sad that women believe that to be equal, you have to march wearing those awful hats, you have to screech into a microphone, and you have to abort your babies. How does that make us seen and equal before the law, before the land, before men, before God? How?

The following quote is from an amazing article entitled, “The Value and Dignity of Human Life” by Chee-Chiew Lee of Singapore :

“The value and dignity of human life is derived from God the Creator and is rooted in the fact that all humans have been created in God’s image. As stewards of the life God has given, we are to uphold its sanctity from conception to the grave. Ending someone’s life in order to relieve suffering or inconvenience is not only unjustifiable; it violates God’s clearly defined moral order. Suffering should bring us not to end life prematurely but to entrust ourselves more completely to our faithful God no matter what befalls us or those whom we love (1 Pet. 4:19). We can find strength and ultimate hope in Christ, who has conquered death and can sympathize with human suffering (Heb. 2:14–18; 4:15). Based on God’s love, Christians are to extend self-giving compassion and care to those who are suffering or vulnerable—unborn or born, young or old.”

This article was so sweet and wonderfully written. There is value and dignity in EVERY human life. The ability to take a life does not make us women more equal to men, nor does it make us better than men. We are HUMAN BEINGS; gender is a drop-down menu selection of being human. We are encoded, genetically, to be male or female, black or white (or the other myriad of amazing colors the Lord has brought forth in man), healthy or ill, short or tall. We have one thing in common – we all bleed red. We need to stop aggrandizing our differences and instead celebrate them – honor and enjoy them – learn from them. But don’t make them a wall between PEOPLE.

“Proponents of abortion also put forth other reasons for abortion, such as the choice of the mother, the case of rape, and the issue of quality of life. Yet surely a mother’s “choice” does not include choosing to end another person’s life any more than a murderer should be allowed to “choose” to end another’s life. And in the case of rape, a heinous crime (rape) should not be compounded by adding to it another heinous crime (abortion). Regarding quality of life, it is certainly tragic for a baby to be born into poverty, or with physical deformity. Such suffering is real and painful and must be tenderly addressed. Yet the answer to a difficult life for an infant is not to deny life itself to the infant, who is created in God’s image.” Again, from the same article. These choices to end life are starting to define the women’s movement, and it makes me so sad. It is degrading to the image of a completely free, thinking, accomplishing woman. There’s another actress that thinks she has her finger on the pulse of women, who regularly poses topless (she somehow loves her breasts) and has actually been on TV in a shower, with a friend (also a female actress). She wrote a book about her one-night-stands (proudly) and uses profane language like Sesame Street teaches adjectives. She offends me greatly. But she is supposedly what all these women are honoring on this march today. I just do not get it.

When I was in college, I wanted to become a forensic investigator. It was the middle of the 1970s. And people in the crime labs were pretty much all men. They did not want women in that environment because they felt it was too ugly and horrible for women to be exposed to. And in a way, I wish they would have won that battle. I recall my first autopsy. It was a 35-year-old female. A nurse. She over-dosed. She knew exactly how to do it, so she ensured her death. We found 35 undissolved pills in her stomach. She killed herself over being depressed about her ER environment and all the drug and gang deaths she was seeing every day. And the men in that autopsy wanted to shield us all from that sight and the feelings that RN had at the time. Again, I sort of wish they could have. Women burned bras and marched for the vote. We fought to have control of our bodies and birth control. Women thought if they could have abortion on demand, it would make them more equal. But the logic behind all of this is lost on me. Truly.

There is nothing praiseworthy about this march on DC today. Nothing. They are aggrandizing abortion and immorality. They are demonstrating how far our culture has sunk. Do I think Donald Trump is our Savior? Certainly not. My Savior is Jesus Christ. But I do believe Christ sends us the right people, when we need them the most. Donald Trump is a baby Christian. He is learning to walk in faith. He has surrounded himself with some highly intelligent and Godly people. He has a “can do” attitude that we have never seen in politics in my lifetime. There is so much work that needs to be done. So much we need to change. So much education to be done. A world to influence in the right way. A country to somehow put back together. Marching and demonstrating is all well and good. But when it comes to putting a shoulder to the plow and working together to make this a better world, where are we all standing? At the plow? Or are we demonstrating and throwing feces and water, bricks and fire-sticks at those trying?

I am praying for our country. I am praying for our people. All our people. I am praying women can rediscover the dignity we have somehow lost along the way of trying to be equal to men. In an article about what the bible says about equality (at onfaith.co by Anne Lotts) it says,  “The Bible states that in the very beginning of the human race God created man in His own image, in the image of God He created him; male and female He created them. God blessed them and said to them, “Be fruitful and increase in number; fill the earth and subdue it.” (Genesis 1:27-28) In other words, the Biblical record is clear: God created men and women equal. Period. Dominion over everything was given to the woman as well as to the man. The woman was not created inferior to the man; nor was the man greater than the woman.”

I am, as I said, praying for our country, for our people, for our women. For the single women, wives, mothers, daughters…for all those who are lost in this quest for equality, not truly understanding what that really is. I pray for the return of manners, of the proper use of vocabulary where profanity is once again frowned upon. I pray for a return to honor towards women, where honor means something. I pray and am grateful for the emerging leaders in our country who are strong of character and who can make the hard decisions this time and era require…be they male or female. I pray for my sons, daughters-in-law, and my grandchildren. Today we celebrate the baptism of our youngest granddaughter, and the birthday of a grandson and granddaughter. We celebrate their emerging lives and pray for their futures. We pray for their successful futures and the future of our great nation. And I pray for peace, for all of us. 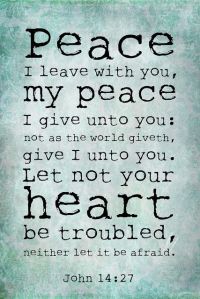 4 thoughts on ““Let no unwholesome word proceed from your mouth…””