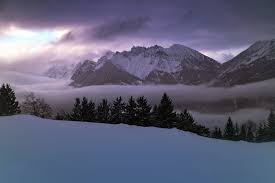 I went shopping last night with my husband because our puppy ate his slippers…and in Alaska, something on your feet inside is a necessity. It’s just cold. LOL. So we went to our local Fred Meyers. It is owned by Kroger, who also owns Ralphs and many other brand chains. Up here, on one side you can buy slippers and clothes and jewelry and purses and whatnot; in the center section is food; on the other side you can buy couches and dishes, pots and pans, tires for your car, paint for your house, sheets and towels and luggage. There is even a pharmacy and an electronics section. There is always a Starbucks and a deli section to sit and eat or get what you need for dinner, even cooked and hot chicken. All under one roof. It’s pretty big. I have comparison shopped and I get my best deals here. Imagine my surprise when shelves and rows of supplies were bare. Naked. Not a single roll of TP. Only 1-2 packs of paper towels. No pasta. At all. 1-2 small bags of rice and dried beans. No frozen veggies, except the expensive ones. People are what the store called, “Panic Prepping.” Up here in Alaska, prepping is not some people in tin-foil hats, hiding on their property. We have those, in abundance, but this is regular people, panicking in the marketplace. Over a virus that has a less than 1% fatality rate. In a state with NO KNOWN CASES. But – what we have that the lower 48 does not have are supply chain issues. All the time. So for us, anything that may interrupt a flawed system in the first place is cause for panic. The stores are limiting items like TP and cold medicines; like clorox-wipes and protein drinks. No more than 5 packages/family/week. Because people are driving away with 30 packages of TP. I get the TP, from a supply point of view up here in the frozen north. But in Florida? California? Nebraska? Really??

We went in for the slippers but grabbed some essentials for the freezer and our prep things we like to have on hand, because….well, you never know. In Alaska, all of our products come via train, plane, or barge. The trains only come from the border with Canada. It’s not like you can hook up with the trains out of LA Harbor, load them up, and run it up to Alaska. There are no solid track lines. LOL. A spate of bad weather can literally topple a barge, or flood it. I have said on here before that I walked into the Fred’s in my neighborhood once and there were no dairy products – at all. Wiped out completely, because a barge I did not hear about had to turn around and go back to Seattle. Sigh. Yeah; Seattle. That is bugging a lot of people because there are more cases of this virus in King County. Ugh.

I tend to be a bit more relaxed about this virus scare. Although I am in the danger group (over 60) and I have had the flu three times since October. I am so over being sick. And each bout was settled in my chest. So I know I am more susceptible to things taking hold in my lungs. So it is not without some thinking that I make these statements.

I read three separate articles today. Discovered two were from questionable sources. One claimed to be a doctor, but then it was pointed out he has a PhD in something like individuals and crowds and panic or something weird like that. No familiarity with medicine or viruses, but he was hyper critical of everything and I believe his article was titled, “Shut it all down,” which was basically saying no one should work or go out in public until this is over. Sort of how they did to Chinese citizens. He said that the only way to stop a virus is to not be near it. Makes sense. But who can afford to stay home from work for 2+ weeks? Not us. And another one the source came into question, as it was an MSM-sort of outlet and hyper-critical too. Then there is WHO. Yea. An arm of the UN, who I trust as far as I can throw them. I am not a UN fan, at all. I believe they served their purpose but it is done and they need to be kicked out of the USA and disbanded. But that is just me. LOL.

I am scheduled to attend a state convention the first of April. Our governor said today that he does not endorse any events over 60 people. Well, that sort of means a state convention would not be appropriate. I spoke with someone earlier today who is waiting on the state chairman to let us know.

The graphic above shows my age. LOL. But what are the facts? What is truth? I have been all over the internet today, and the facts vary so wildly, depending on the source. Who do you believe? Who is perpetrating a hoax? Who is fear-mongering? Who is playing smoke and mirrors with our stock market and up and coming election cycle? What is going on?

We used to be able to trust the news. They reported facts. They would show up to something and take notes, type them out, and then print them. No opinions. No slant. Just what they saw/heard. Oh I miss those days. So much back-biting, conspiracy theories, and skewed reporting for one side or the other. This should cut across all lines – ethnic, income, political party, location – this is about protecting Americans. Period.

Stop hoarding TP. Think rationally. Listen to a wide variety of sources. And then think for yourself. Stupid simple stuff like stay at home if you are sick. Wash your hands. Avoid crowds if you can. Be smart. Prepare in case you have to stay at home. But the sky, in my humble opinion, will stay where it is. The sun will rise tomorrow. And God still sits on His throne, and He’s got this. All of it. Amen!! 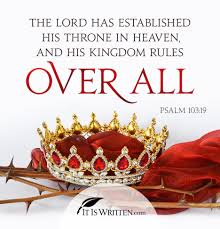