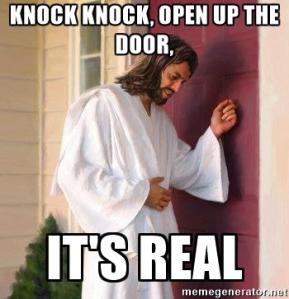 So, it’s getting real. I am making travel plans and arrangements for rental cars and return flights and packing boxes and getting medical care…my mom is actually moving in with us. For sure. The end of August. My mom has Alzheimer’s and dementia. It’s a mixed bag of symptoms and I would say she is not your average Alzheimer’s patient. If you did not know she had it, you would not think she had it. Unless you chat with her for more than 10 minutes, and then you will know. She takes great care with her appearance and pays attention to fashion. She always wears make up and matching jewelry. My mom does not look 87 years old. She’s a tiny woman, at barely 4’10”, but she is an amazingly strong woman. She left everything she knew and was familiar with, and as an only child, left New Zealand to come to America to follow my dad’s dream. She made a life here, for herself. She loves America and her family. She would do whatever it takes for any of us, who are lucky enough to have her love and devotion. And now she needs our help.

Why do I have this pit in the center of my stomach??? My son said, “Grandma won’t take over the family here; she’ll just be another one of the kids.” Boy, I sure hope so. We are all a little nervous about the impact of having her here. I haven’t lived with her since before I was married. I have been married 33 years this year and with my husband for over 35 years. So, its been awhile since she and I were roomies. And trust me, the moment I turned 18, I moved out! I was back and forth over college a few times, but since my 20s I have not lived with my mom. This is going to be a huge adjustment. But I also know this is what is right and what will be the best for us all. I trust God and His plan for us.

And when this pit develops in my stomach, I continually think back to these words from the Book of Matthew, Chapter 25, verses 30-45:

“When the Son of Man comes in his glory, and all the angels with him, he will sit on his glorious throne. All the nations will be gathered before him, and he will separate the people one from another as a shepherd separates the sheep from the goats. He will put the sheep on his right and the goats on his left.

“Then the King will say to those on his right, ‘Come, you who are blessed by my Father; take your inheritance, the kingdom prepared for you since the creation of the world. For I was hungry and you gave me something to eat, I was thirsty and you gave me something to drink, I was a stranger and you invited me in, I needed clothes and you clothed me, I was sick and you looked after me, I was in prison and you came to visit me.’

“The King will reply, ‘Truly I tell you, whatever you did for one of the least of these brothers and sisters of mine, you did for me.’

“They also will answer, ‘Lord, when did we see you hungry or thirsty or a stranger or needing clothes or sick or in prison, and did not help you?’

In the old days, families lived together in multiple generations, with grandma and grandpa around all the time. We now opt to warehouse our senior population. But we need to concern ourselves with the fact that more and more people are going to need our help as they age. Watching a recent “TED Talk” I learned that the statistics show that more than 70 million people will have Alzheimer’s in the coming decade. Do you realize how many people that is??? There are 210 countries in the world with less than 70 million people. Karachi, Pakistan is the most populated city with 14.5 million, followed by Shangai and then Mumbai, India. The three together do not equal 70 million. New York only has 8 million, and Los Angeles just over 3 million. I don’t think we are prepared for 70 million people to have Alzheimer’s. And when there are 70 million people with Alzheimer’s, I fear for their very lives. Because the culture of death is all around us. There have been more than 22 million abortions worldwide so far this year (according to the site, NumberofAbortions.com). 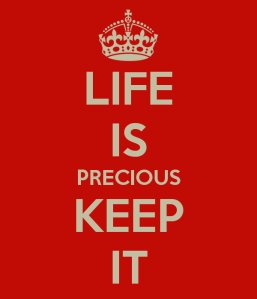 22 Million abortions in 2017 – so far. Staggers the mind. 70 Million with Alzheimer’s in the next decade. Hard to fathom. And I am preparing to care for just one life. One life. I think it is the least I can do.

“The King will reply, ‘Truly I tell you, whatever you did for one of the least of these brothers and sisters of mine, you did for me.’”