I have once again had my tail handed to me – online – by people who assume it is okay to yell at others, slam their integrity, and impugn them. All without ever having met them, even being “Facebook friends,” or other social media connection. And man oh man, has the vitriol gone viral!

I find it interesting that when you disagree with someone, or even point out holes in their argument, they unleash the hounds of hell on you. Online. Wow. In a forum, someone was bemoaning the fact that people are constantly using the forum in place of google, as I alluded to (well, I actually said it) in a post yesterday. Today, I opined basically what I said on my own blog post yesterday, that perhaps if you find the information yourself, it becomes your knowledge. And that growing and stretching and changing is painful, but it is satisfying in and of itself. And then I was accused of a litany of defects, most of which were assembled around the fact that I cannot acknowledge that others have feelings, too, and are insecure and cannot function without seeking confirmation or ratification from others. And therein lies my problem with all of this.

“Thus says the LORD of hosts, “Do not listen to the words of the prophets who are prophesying to you. They are leading you into futility; They speak a vision of their own imagination, Not from the mouth of the LORD.” Jeremiah 23:16

When our society has continually lied to its people, and perpetuated false truths, the result of that can be seen in its young people. At 60 years old, I guess I am no longer a part of the “younger generation,” the “cool kids” like I was in the 70s and 80s. And I have seen the awful results of poor education through experimentation with what is presented, and how it is presented, in our schools and other institutions (even Little League and Pop Warner football). Everyone has to be treated “sensitively,” and we have to be sure “little Johnny” isn’t offended by anything. The false god of pride is alive and well in America and is manifested in our plethora of entitled youth. If “little Johnny” cannot read at grade level, well, we don’t want him to feel bad (and I, his teacher, am so overwhelmed with having to show good scores for my job safety) we promote him, even though he is not ready for it. There’s a movie I love, that is really inappropriate in so many ways, but I love it nonetheless, “Easy A.” I love that Emma Stone takes a stand against the gossipers, and that she “takes one for the team” of inept and socially outcast students, and eventually even a guidance counselor. I love how her parents (Stanley Tucci and Patricia Clarkson) totally get her and support her, even when she changes her style of clothing and sews an “A” on everything. And I bring this up because a boy says he got a venereal disease from her, when in fact he got it from that guidance counselor I mentioned. And he is 21 years old, and only a senior in High School. The girl who likes him (Amanda Bynes) says it is because it is “his choice” to go slowly through school, so he can be a good role model and Christian (he belongs to a Christian group trying to have an affect on other students and it is woefully lampooned in this movie). It becomes obvious this kid is about as dumb as a rock, and that is why he is still in HS at 21 years old. He smoked way too much funny tobacco or something. It is played so well by Cam Gigandet, an actor I like, who was also in Twilight (but that is another post, Bryce. No, he did not sparkle). The guidance counselor (Lisa Kudrow) keeps saying that it is okay because he is over 21 (although it is still wrong because she is married – to her wonderfully unaware husband, played by Thomas Haden Church). He is caught by his mother (and doctor in an hilarious hospital scene) and sent to live with his grandparents in Arizona, where he sits, reading Scripture to them in a short clip. 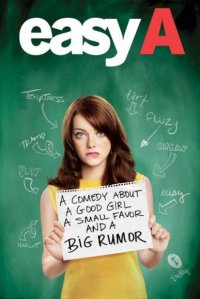 The movie shows in so many ways what a massively wrong turn we took, as a culture, somewhere along the way. The fact that this movie, in all its graphic details, shows how kids treat one another, demonstrates why I was taken aback, but not surprised, at the attack on me today. After I shut my computer, I re-opened it and looked at the people lambasting me for suggesting they do their own research. I “Facebook stalked” them and looked at their profiles. Yeah, they were all young enough (or old enough, depending upon where you are standing) to be my children. At least my college-grad children. And I felt really sorry for them. They have probably been given “A’s” their whole life, along with participation trophies for just being on a team, let alone having to strive to be their best for their team.

“I will instruct you and teach you in the way you should go; I will counsel you with my eye upon you.” Psalm 32:8

There was a term recently coined during this election cycle and I chuckled when I saw it, and all the glorious artwork accompanying the term. It is, “snowflake.” Now, before some of you get all mad (in case you were not already) let me explain. I live in Alaska. I am around snowflakes all the time. They are beautiful, but extremely fragile. You can only see them if the conditions are perfect, otherwise they will melt away, or become joined by zillions of others and then you are in a snow storm and cannot see them. Right now, the snowflakes are all around us because we are having very cold temps, but no new snow. Everything is covered in this delicious coat of white. It is stunning, truly, to see. Everything is made new in freezing fog and ice. 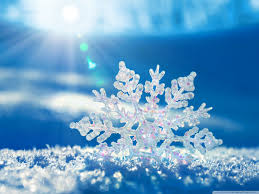 Taken in the social construct in which it was termed, a snowflake is someone who just cannot handle the heat of this election cycle, or the fact that they are going to have to go to work, in order to succeed. One man, on a different site, bemoaned the fact that his 31 year old son was living on his couch and was still asleep at 1:00pm, and had no job. Tons of people jumped on that as a lack of this man’s parenting skills, whereas the man was blaming the system for his son’s lazy attitude of entitlement. I can honestly say I believe it is a combination of both. We ship our kids off for 8-9 or more hours a day to a federally mandated educational system that seeks to mold “yes men” and workers out of our kids. Not thinkers. No doers. People who punch a mindless time clock but don’t invent a new way to conquer cancer. People who do not question but just accept what they are fed. And when they have to step outside that comfort zone, and actually learn to think for themselves, they are unable to do it without constant social media support. And today, these youngsters were complaining about all the rules inherent in the Whole30 program, trying to bend them so they could “handle” it. Well, when you are used to being given everything, it is hard to do it for yourself. They hold up bottles and packages, constantly asking, “Is this compliant?” and when I commented that they needed to learn for themselves, they attacked. Boy, did they attack. And I realized it was because they are “adults” and know on some level they are not healthy and have been making poor dietary choices. And they do want to fix it. But these rules are hard. These words confuse them (galactose – okay…but I see “tose” and I know its sugar!!) and they cannot possibly read the labels by themselves. Wow. It makes me sad for them. How are they going to function as adults in this world if they cannot even follow a dietary rule, without social media help (and I’m sorry, but who checks Facebook in a grocery store????) and without attacking other people??

Psalm 143:8 says this: “Remind me each morning of your constant love, for I put my trust in you. My prayers go up to you; show me the way I should go.”

Our world is tanking, my friends. Our youth have been fed garbage in our schools and universities and us dumb parents have allowed it to happen. Why? We trusted our country and our politicians, our leaders and teachers, to know what was best for our kids. Well, I didn’t too much, as I opted to homeschool my kids. But still, those trophies were given out when our boys played sports. I do remember my oldest son, however, chucking a little participation trophy to the side one time. When we commented on it after his season-ending pizza party, he told us, “It’s stupid. We didn’t win anything. We came in last.” Out of the mouths of babes. These same kids, who all thought they were so awesome all this time, now cannot even follow a diet without a meltdown. God bless America and God help our grandchildren’s generation. I can only pray we bring back law and order, the right to say, “Merry Christmas,” and some industry and prosperity and pride. Perhaps they’ll catch on as they run to catch up.