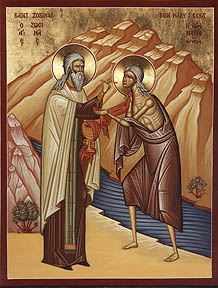 “Let no man deceive himself. If any man among you seems to be wise in this world, let him become a fool, that he may be wise. For the wisdom of this world is foolishness with God. For it is written, He takes the wise in their own craftiness.” (1Corinthians 3: 18-19)

Today is April 1st, also known as April Fool’s Day. I find it interesting that it falls just after Easter Sunday this year.  As if to make light of the suffering, death, and resurrection of Christ; that it never took place.  There are so many theories out there about the whole process. Historians often find things that happened just too uncomfortable to deal with, so they explain them away.  In recent history, the Muslims have said the Holocaust never took place – it’s all faked by the western countries; an elaborate hoax to woo favor for the emerging powerhouse of Israel. I personally know some Holocaust survivors, have spoken with them, have seen their tattoos, and have listened to their gruesome stories.  I believe.  But I believed before I met them; I saw pictorial evidence; I listened to eyewitness accounts from soldiers who rescued those left in the Concentration Camps. I believe.  There are other instances where people are taken in by hoaxes.  Stories abound of people whose life savings were taken by hucksters, selling them the dream of getting rich, quick.  To me, there is no scheme worth my savings.  Hard work and the sweat of one’s own brow!  Even after being taken in and feeling used or stupid, there is always a way to look at things with a positive faith, with trust.  Our faith is the same way.

There are so many detractors to Christianity.  There are even more detractors from under the masthead of Christianity who believe that organized religion is the “Bride of Satan,” most especially the most visible Church, the Catholic Church.  I find it humorous that the Church is the first one to be picked on by so many, especially the liberal media and Hollywood!  But when they need a religious expert, or some sort of icon to portray the religiosity of a scene in a movie, they trot out a priest in Roman collar, or show an iconic view of a Roman Catholic Church.  Why? Because it is the most visible faith; almost everyone has had some sort of interaction sometime in their life with something Catholic.  It is a visible, tangible symbol of Christianity.  And because it is all of that and more, it has the most detractors.  Being a Byzantine Catholic is an entirely different kettle of fish.  We are perhaps the most misunderstood part of the Christian, Catholic picture.  Many of our Catholic friends assumed we’d left the Church altogether, upon our switch to Byzantine worship.  So many people only know that visible Church; they do no realize the true ethnic and religious diversity of the Church they belong to.  So really, how could we of the Byzantine tradition ever hope that anyone would understand us, other than ourselves?  The Orthodox aren’t sure what to do with us, either!  We have the same Divine Liturgy, but we are aligned with Rome; they are not.  And I am sorry for that, because I identify much more with Orthodoxy than I do with Romanism in theological outlook and religious practice.  We Melkites have been laughingly referred to as the Orthodox of the West on more than one occasion, because we seem the most Orthodox of the Byzantine rites; perhaps we are.  Up here in the Pacific Northwest, there are more people from Northern climates across Europe, and the rites that geographically and socially come with them.  There are lots of Ruthenian and Ukrainian parishes, and many, many Russian churches.  Some of the Russian churches are Orthodox, some are Byzantine.  We even have a Romanian monastery nearby, who keep the Orthodox calendar, but are also in union with Rome.  All of this diversity, for me, is heaven-sent.  It gives me such joy to know the many manifestations of the Church around the world.  Wherever the Apostles and Disciples went, they established Christ’s Church on the earth, as He had mandated to them (“Therefore go and make disciples of all nations, baptizing them in the name of the Father and of the Son and of the Holy Spirit.” Matthew 28:19)  One of the unique things about our faith is that these Apostles and Disciples reached the people where they were; they incorporated local custom, tradition, folklore, dress, music, and food into the formalized worship of Christ.  (And yes, the Church also incorporated common festivals, seasons, and dates, to further ease people into practicing their new-found Christian faith).  And because of the gift of the Holy Spirit, they did it without diluting Christ’s message, or changing a single word He told them.  We  believe the age of revelation died with the last Apostle.  God’s message was complete in the Apostles He sent forth. There is nothing new to be revealed to man.  That is a sticking point with Protestants and other sects that have branched off from Catholicism.  They believe their pastors and other mystics have been given prophetic powers, that there is still much God wishes to share with humanity, that is new and revelatory.  One of my favorite scriptures is the Old Testament book of Jeremiah. In Chapter 23, he pretty much lays it on the line insofar as false prophets go.  There are so many memorable quotes in that chapter and one of them is: ‘“Woe to the shepherds who destroy and scatter the sheep of my pasture!” declares the Lord.’ That is how the chapter opens and it goes from there.

The point here is that we believe. Period. We are believers because we heard the Good News of Christ’s love for us and we believe it all.  (eg. John 6: 48-59)  We received this message from those who heard it from Christ Himself, through Apostolic succession.  That means that once the Word was given to the Apostles, as they went around the world establishing the Church, they passed this Word onto their successors.  They passed this on directly to their successors through the laying on of hands, which was first described in the book of Acts:  “Now when the apostles at Jerusalem heard that Samaria had received the word of God, they sent to them Peter and John, who came down and prayed for them that they might receive the Holy Spirit, for he had not yet fallen on any of them, but they had only been baptized in the name of the Lord Jesus.  Then they laid their hands on them and they received the Holy Spirit.” (Acts 8:14-17, ESV) 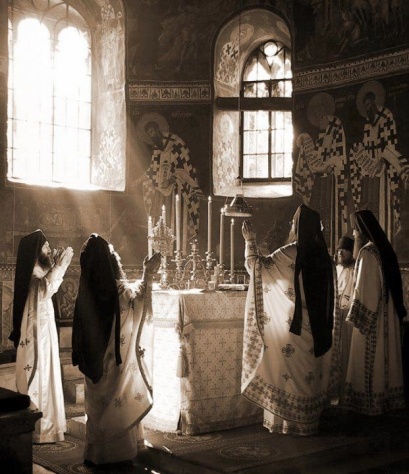 This act of laying hands on an apostle so they could receive the Holy Spirit has continued since, unbroken.  For someone like me, who loves history, pomp and circumstance, and all-things old, it comforts my heart and my spirit to know my faith is an unbroken line or connection, back to the Apostles themselves, who learned at the knee of Christ, God made Man, on earth.  There can be no April Fool’s joke played on me when it comes to my faith. No false prophets can assuage me away from my God, my worship, my love of the Lord. It is a basic relationship that I wish others could experience, or see, or recognize.  So many get caught up in the externals that they do see.  The world wants a representation of religion and they trot out a priest….not a pastor, not a minister from an obscure off-shoot of Catholicism….they want a priest.  Because there is universal recognition in the person of the priest, that Christ is present with us, visibly, in His Church.  When a Byzantine or Orthodox priest walks about in his rason or tunic, people notice.  It does not look like a Roman collar, worn with a black shirt and normal slacks; it is a long, black robe, reminiscent of days gone by.  The visible sign of our faith is in our Priest.  And it is different; it stands apart from a Roman collar, and it is symbolic of the Church that is in the world.  We are diverse and we worship in a divergent manner from the Roman Church, but we share the same faith.  No April Fool’s joke, no manner of ill-speaking of our practices will make it untrue or non-existent.  The Muslims want the Holocaust to go away; they want Christianity to go away.  It is not happening.  “And Jesus came and said to them, “All authority in heaven and on earth has been given to me. Go therefore and make disciples of all nations, baptizing them in the name of the Father and of the Son and of the Holy Spirit, teaching them to observe all that I have commanded you. And behold, I am with you always, to the end of the age.” (Matthew 28: 18-20)  Christ left us His Church, the Word of God, intact in His Church and He will be with us until the end of the age.  Thanks be to God. And there is nothing foolish about that. 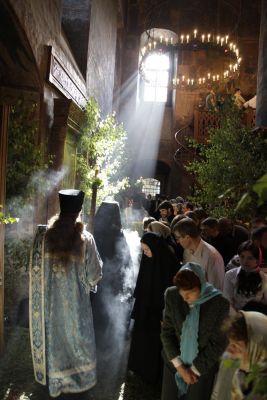