We are experiencing extreme heat conditions. And we have multiple fires burning all around us, causing unhealthful air. And up here, in the far north, air conditioning is not something we usually need. The stores are sold out of fans and watering things like spray nozzles to slip and slides. There was no ice in the store yesterday. It is that hot. For Alaskans, we are living in homes that are built to retain heat, because that is our need. So to try and dissipate the heat from your house is very, very hard. We had 102-degrees on Saturday. It broke a 50-year record for high temperatures. And it is has been in the high 90s for almost a week. We are all watering our plants like crazy, to keep them alive. Most of our lawns are brown because the type of grass we grow is for northern, cooler, climates. We have a houseguest from California, trying to escape the heat and crowds and stinky air quality. I feel so bad that she cannot even see the mountains that surround us, nor enjoy our crystal blue skies and lakes. It is ridiculous! 91 degrees after 6pm on Sunday! 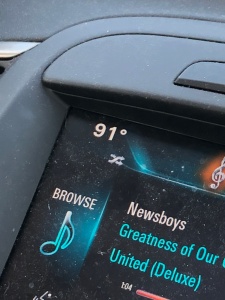 Someone posted today on Twitter that Air Conditioning is racist and causes illnesses. It is also sexist because companies set thermostats for the ruling males in our society, and “everyone knows” women get cold easier. Racist because whites like cooler temps, and air conditioning spreads illnesses in an enclosed space. Sigh. When it is 102 on your porch and you have no way to escape the heat, and you work outside and get heat stroke, trust me – air conditioning is something you dream of having!! LOL! We are running box fans and ceiling fans on their highest settings 24/7. Our sunset is at 11:30pm and the sunrise is about 4:30am, so with that long of a day (where the highest temps are usually between 6 and 7pm) you really feel the heat. We have friends who are sleeping in their campers because they have A/C, so they are plugged into their home’s electricity and are sleeping comfortably, in their driveways. Others just said forget it and got flights out to places like Florida, where it’s the same temp but they have A/C everywhere.

It is no fun to have to work in these conditions and without being able to get relief. I do not understand how people can actually think a method for staying cool in high temperatures can be racist, or sexist, or that it causes illnesses. It is a machine. It is a way to lower temps. By saying things like that, it shows the lack of understanding or knowledge. Calling many inanimate objects racist or sexist is actually sort of funny. It is the same mentality that says guns kill people. Well, no more than another object, like a knife or your own hand, can kill someone. If it is used for that purpose. But the thing itself is not a killer. Air conditioning does not reflect the temperature preferences for each race. It is not set for just the comfort of men. There are lots of examples of where you can shoot that hypothesis in the foot. Ooops, did I say, “shoot”? Sorry if I offended you. LOL. And when you are suffering from a heat wave in an area where it is normally cool, it is also laughable. 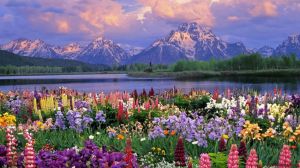 Alaskan summers are what the majority of tourists come to see. The days are cool, the nights equally comfortable, and the sights are unbelievable. We feel so blessed to be here. We are used to clear, radiantly blue skies and colorful flowers and wildlife abundantly everywhere. Berries are ripe for the picking and the fresh scent in the air is hypnotic. This year is a scorcher. It is stupidly hot. This is far worse than any California summer I can recall, except for the last one we suffered through before moving north! Our A/C could not keep up and I recall laying on our bed in the master bedroom, under a ceiling fan on full blast, just sweating and sweating. I also recall telling myself I really hated living in hot weather. And now, 9 years later, here I am, sweltering again. Oh, the irony. 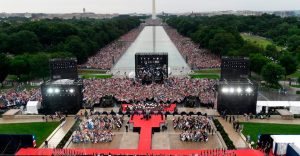 And the hypocrisy of the commentating today on heat and A/C just made me flat out mad. Our world is getting so lost and confused. I mean, to complain about air conditioning and relate it to the common “media” platforms of sexism and racism and elitism just rubbed me wrong. Why is the mainstream media trying to stir the masses? (Better be careful what you wish for, MSM!!!) Many Americans only get their information from outlets like local TV or CNN or someplace also unworthy, and for many of them, their views are distorted. The actor known as, “Meathead,” today opined that the majority of Americans are not happy with our President nor what is going on in America. I beg to differ. (He also included the majority of the GOP. Well, they belong to the Swamp and need to go, anyway). His complaint about how we are out of touch with what the majority feels is happening, I likened it to this A/C commentary. Please. Turn it on or turn it off. It is not racist. As for being out of touch, when you rely on the current mainstream media for all of your information, and do not research facts and only accept the MSMs opinions, I would say you are out of touch with what the majority of us feel. The same for the idiotic opinion about A/C. It is no different. Someone, who has nothing else to complain about, chose air conditioning. Others, who should know better, and think of themselves as something very special, need to rethink how they market themselves (media types). Meathead (refuse to use his name to add to his press) told Americans that they needed to tell our President to “f” off. I think that is being out of touch, let alone rude and crass. You would think he had a better vocabulary. The reality is, more Americans are happy and invested in our Country than ever before. More people of all races are working than ever before. More Americans are feeling the patriotism and love of country than ever before. Just look at the photo above of all the people attending the celebration on the 4th. Local and mainstream media were calling it, “Trump’s Spectacle,” instead of honoring America, which is what it was. It was apolitical – it was an American holiday and the media came out against even that. They cannot even report, when unable to refute the numbers in attendance, that people lined up for hours to get to be there. We love our Country, we love our President, and we could care less what Meathead has to say about it. And if the A/C bothers you, go someplace where it is not turned on. Good heavens. All these actors and pundits who said they would leave if Trump was elected are still here! They are all just talking heads, with no substance. There’s nothing to complain about so they pick air conditioning. Please. And did I mention I am hot, oh and cranky about it, too??!!! LOL!