We chose to orient our lives around the care of my mom. Almost 2 years ago, we started to look for a house and prepare to become homeowners again, in order to accommodate my mom. The home we had been living in was pretty small. And so, with mom in mind, we began house hunting. It was stressful, but we really wanted mom to have a nice place to spend her final days. We made “promises of the heart” about how mom wanted to end her days. We found the house we live in now and everything seemed to fall into place. We moved in with relative ease (as far as paperwork goes – the moving day wore us all out!). We lived in the house for awhile and then I flew to CA to pick up my mom. 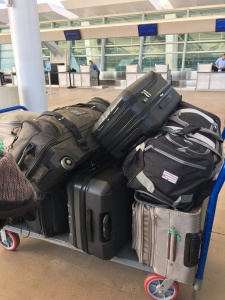 We packed mom up in about 8 suitcases. It was chaotic but kind of fun, too. Mom arrived in Alaska to winds and the start of autumn. She froze. And she was not happy about it. But we adjusted! A popular saying here is, “There is no bad weather, just bad equipment.” And we all had to adapt to my mom living here. Because no one is truly prepared to be a caregiver to a parent. I don’t care what you say, no one is ever, truly, prepared.

My daughter-in-law and I attended some courses about Alzheimer’s and dementia, and this thing called Medicaid Waiver. We attended the course months before mom arrived. And I thought I totally knew what I was doing. And then I took a couple of online courses right about the time mom moved in. One of them, The Savvy Caregiver, was so good. It gave me coping skills, and ideas about how to deal with many of the symptoms of Alzheimer’s. And I loved having other caregivers to talk with, and a hot line to call in on a weekly basis. But when I would hang up from our help line and walk back out into the living room, reality would slap me between the eyes. Ha-Ha-Ha.

It reminds me of taking driving lessons. In a classroom. And then, for the second part of the class, you have to get behind the wheel. And that is a completely different ballgame. Videos and guest speakers are one thing – an angry mom who cannot understand why she needs to shower, even if it has been more than a week and you have been tracing down this strange odor in the house; reality is a far different bedfellow. And we try; we adapt. We persevere. Until we just can’t do it anymore.

My mom and I had not lived under the same roof in over 34 years. So many people questioned me when I told them we were bringing my mom to live with us. They remembered, better than I did, the many ways in which my mom and I did not get along. But when I needed my mom the most, she was by my side. She comforted me when I had my heart broken as a teen. She supported me and accepted my husband with open arms when we decided to be married. She has always been behind my husband and I, even if she disagreed with us. But we have not been that sort of family where my kids long to hang out at grandma’s house, baking cookies. My mom was not that kind of mom, or grandmother.

But things change when one of your family members becomes incapacitated. Your memory of your life as a child with that parent completely disappears. LOL. You have a clean slate, and you think there is nothing you would not do, to keep your parent safe, and healthy. But the issue with Alzheimer’s is that you truly cannot enter into their world. Because their world is all in their head. And I cannot join her there. I can attempt to agree, to side-step issues, to “go along to get along.” Because learning, correcting, adjusting just does not happen on their side. Because they are incapable. And silly me, I kept trying to drag mom back to reality. Mom does not live in reality – she lives in her disease. And there is the rub. We have two very different realities at play, in the same house, at the same time.

Some people who develop these dementing diseases become closed off, silent, and very malleable. There are others who become uninhibited, no social stops at all, and a verbal sort of diarrhea takes over. And with some we get to add in unreasonable anger and frustration. And we, the caregiver, are scrambling to try and enact all the platitudes we received from earnest people, trying to prepare us for this act of caregiving. And I fell extremely short. 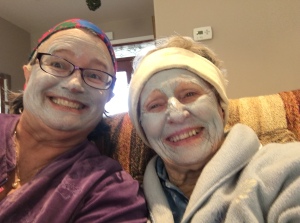 When mom first arrived, her disease was moderate. It was more like she would forget if we had breakfast yet, or what time it was, or where we were headed off to. But she was not truly handicapped in the sense that she still bathed, put on her make up, wore cute outfits, and loved putting on matching jewelry. We could spend hours shopping for clothes and giggling. We went to lunch with friends. We attended events together. We laughed a lot, in between the hard moments. And there were many hard moments. But they faded in light of the generally happy days, We chose to pursue cancer treatments that perhaps we should not have, but at the time, we felt mom needed to be the healthiest she could be, physically, because we knew her mind was declining. Eventually, her mind deteriorated to the point that taking medications for Alzheimer’s seemed rather silly, a waste of money, and too much pressure on her body to process all the chemicals. The benefits were just not that apparent any longer. So, on the advice of her doctor, we stopped all medications except an anti-depressant and a daily vitamin. And that is when the disease really increased in severity and progression. And that is when things started to fall apart. 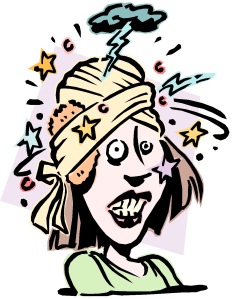 There were days when the process of putting on clothes was my major accomplishment for the entire day. The fact I could put together meals 3 times a day was heroic some days. My mom’s decline gained momentum and we all knew this ugly disease was winning. And the thing about diseases of the mind is that they affect every person around the one who is ill. It was like we all had Alzheimer’s and our family was branded. People approach you with concern, but are not sure how to offer help. They are not sure what is going on; they only know life is hard. My safe space became my closet. I would go into the closet and just weep. Mom could not find me there. She always forgot we had a bathroom and walk-in closet in our room and always thought the hall bathroom was the sole bathroom in the house. So I could hide in there. And I could fall apart in there, away from the moments of screaming and yelling and frustration. My mom knows every single button to push. And like I heard on “Last Man Standing” the other night, “Your mom pushes all your buttons because she is the one who sewed them on!” Boy, is that ever accurate. And my relationship with my mother was deteriorating rapidly.

There is something odd that is common among the patients of the various dementing illnesses and that centers around personal hygiene. They lose any sort of common sense when it comes to toileting. Mom’s doctor told me it was like potty training – in reverse. Well, I raised three kids, and I have 6 grandchildren. I have never, and I mean never, seen the spread of poo and germs and just flat-out refusal to get yourself clean, as I have with my mom and her descent into Alzheimer’s. The bathroom in the hallway became a place only she used. And trying to get her to use soap was the ultimate battle. Then bathing. Getting her into a shower was like the last battle of Armageddon. It was ugly, and messy, and the ultimate in stress. If I could convince her to shower, I came out of that bathroom as wet as she was – only fully dressed. And it would take more than an hour. And it only happened every few WEEKS. Why, you may ask, was it only every few weeks? Because it was that hard and that bad on all of us that it just was not worth the effort.

And so our days escalated to ones of extreme inability on my mom’s part to be present in the here and now. She was sleeping her days away. But if I left the room, she would follow me. It reminded me of the days when I would have little fingers and notes and toys shoved under the door of the bathroom, when my kids were little. It is one of the reasons my closet became my haven. And after talking to my Care Coordinator (I claim her as mine because she is an incredible woman, with so much sage advice to share. She kept me sane through all of this) I was encouraged to look at Assisted Living, as an alternative. And there is where I found relief. I had to face the fact that perhaps mom and I were not good for each other. Maybe being her caregiver was NOT what was in the best interests of either of us, nor of our family. I came to realize we all needed professional intervention.

And so, we found a place. And in a relatively short amount of time, we moved my mom out of the home we bought with her in mind, to a professionally run Assisted Living home. They keep me up to date with daily text messages. They are now trying to get her to bathe, and yesterday reported that she refused to shower. They are going to tackle it again today. I wished them luck! They are telling her they are acting on doctor’s orders. I applaud that, and I hope it works. I tried that tact and she did not care what the doctor ordered. I finally had to just tell her she smelled and was dirty. I hated doing it, but it struck a cord with her pride and is how I won that last battle. And trust me, the entire thing about cleanliness, toileting, and dressing, is the battle of Alzheimer’s. I have theories about that, but that is for another post! 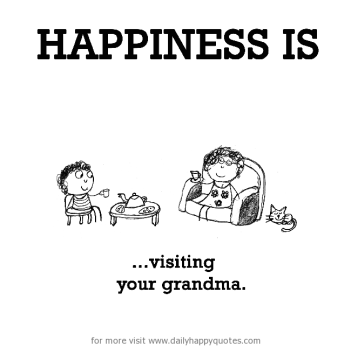 And so we are preparing for the new reality. The house seems empty. And I realize how much I let slide, just taking care of mom. There are dust bunnies that almost deserve their own zip code. There are cupboards screaming to be organized that I only had the time to stuff things into. The hall bathroom needs a do-over. My carpets need to be cleaned (never clean them until after there is no one with Alzheimer’s living with you. Like how you wait for that puppy to be potty trained before you clean the carpets?? Yeah; that). I have things I want to bake and things I want to cook. Spending time with my husband. Because trust me, that man earned some major jewels for his heavenly crown, having his mother-in-law live with him! And most of all, I want the “me” back I had worked so hard to become, in spite of how I was raised and the experiences I had as a kid. I wanted the soft, loving, me back. I am looking forward to my Advent Psalter group, and journaling again. I already moved furniture around, making plans for where we put the Christmas tree. And this weekend, I may go visit my Mom, as a daughter. I look forward to just being her daughter, again.