Mom: “Do you know my grandson, Andrew? He was in the Civil Air Patrol, you know. Oh, and here is my Bryce and his lovely wife, Theresa. Do you know them, too?”

Mom was looking at a photo book of her life my daughter-in-law and I made through Walmart. It was, seriously, the best thing we have made for her. We made it about 4 years ago. And each time she opens it, it is like she is seeing it for the first time. The other night, as she asked me those questions, I just replied that I did, indeed, know her grandsons. Because her grandsons are my sons. So my next thought was, “Who does she think she is talking to?” and as I thought that, I had to walk out of the room. She was reading the book from back to front (she changes it up) and I knew what was on the next page and I just could not handle it.

Just a few hours prior, mom asked me if I knew what was on the menu for dinner. I replied that I had not checked. She said she was going to go down and check and would let me know. And I told her that was fine. The problem? There is no downstairs. We live in a ranch-style home, with 3 bedrooms and a great room. Not a large property. Mom put on fresh lipstick and grabbed her purse. And then, she proceeded to look for the elevator to go downstairs. It was not the front door, mud room, back door, or hallway. She looked around, so confused and lost, and said, “Hmmf” and sat down in her special spot on the couch. And she did not have a clue where downstairs went. She faced the maze of doors and could not find her way out. Her face blanched in confusion and she just kept swiveling her head around, looking for the way to the elevator.

About four months ago, we chose, on the suggestion of our doctor, to take mom off all her Alzheimer’s medications. We had them on hand, just in case we wanted to re-start them. When we began to remove the meds, one at a time over more than a month, we truly did not notice any difference. She was sleeping more than she had. But she was not as cranky or feisty. She was, however, more adamant about things like time. Or where she places her magazines at the end of the day. She is more concerned about where she sits, but she doesn’t bother with eyeliner and mascara. She rarely even gets dressed. But we noted that the medications had not made a huge difference in her life, and so we all agreed we would just keep her off them.

The doctor explained that at some point, medications cannot stop this disease and it wins. It always wins. And now that the medications are off the table, we have a new normal. Mom is losing so many memories, so quickly. She is so confused about everyday life. She still thinks she came from New Zealand straight to Alaska, skipping over 65 years. She rarely thinks about her marriage to my dad. She hardly remembers her husband, my stepdad, Frank. When my oldest son walks in the door, she barely reacts. When the grandkids walk in (let’s be honest, when they run in) she gets all excited. And when I start using names, it clues her in, and she plays along. The medications are no longer working, but Alzheimer’s sure is. It was inevitable that it would take over my mom. Slowly but surely, she is less and less present each day. 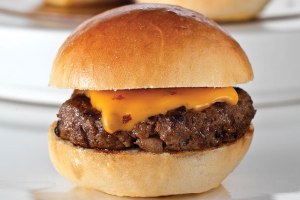 The other night, mom choked on a cheeseburger bite. This was the third instance of her choking. (Tonight was the fourth). We were at my oldest son’s house and it was a little crazy and chaotic. Kids, puppies, neighbors with their kids, movie on the TV….and mom eating while sitting on the couch. She choked so badly, she was purple and her eyes were so darkly reddened. So, we called 9-1-1. She was having a hard time breathing. She kept spitting and gasping. It was frightening. One of the things most people do not realize is that Alzheimer’s is a degenerative disease of the brain. What does the brain do? It runs our entire body. We have functions we do not have to think about – our autonomic functions – like breathing, and our heart beating, and blood pumping; the functions of our various organs. We don’t have to tell our heart to beat or our lungs to inhale and exhale. Many months ago, the doctor told me Alzheimer’s is like raising a child – in reverse. Some infants have a hard time suckling when they are born. We call in lactation consultants. We teach them how to swallow milk. We work slowly on increasing their suck response and their swallow. As they grow up we introduce soft foods until they have teeth, when we introduce foods requiring lots of chewing – and swallowing. As Alzheimer’s develops, the ability to swallow is impacted. It is like raising a child in reverse. Mom is in Depends 24/7 and we are now going to be introducing pureed food. It is not that she cannot appreciate the chewier foods, or that she cannot chew them, it is that her swallowing is getting all mixed up. Raising a child – in reverse.

Once we got her heart rate and blood pressure down, we went home. My husband is gone for the week and my youngest son is housesitting for two weeks, so it is just me and mom right now. The drive home was also not fun, “I am so sorry you have to drive home all alone in the dark after you take me home.” This disease is speeding up. Things would develop here and there. But now, there is something new daily – and they are not trivial, but profound. Mom sat and watched the dog chew a bone today. I had to explain to her at least 5 different times, in the space of about an hour, that the dog (Poca) was chewing a dog bone. She was not chewing the floor, or her leg (yes, she thought that one time) or gnawing at her dog bed. She was eating a dog bone. Mom just could not comprehend the fact and would keep looking intently at the dog’s behavior. That may not seem profound, but the fact that I was continually explaining was. Then there is the fact that she turned to me, looking for her key to her apartment. In a panic she lost it. Again. Or asking for her medications (she no longer takes any at night) 4 times after standing up to head off to get ready for bed. Around 5 o’clock this evening, she dressed to run to the pet food store and then we were going to pick up Chinese food for dinner. After I told her she would not be getting out of the car, she walks out in slacks and peep-toed sandals (bare footed in them), a sweater, and fresh lipstick. It is 50 degrees and raining. She keeps thinking she is in California. Which further confounds me, because when you ask her she thinks she came here from New Zealand. Sigh. Alzheimer’s is so weird. The brain is certainly an interesting organ!!

I had a friend caution me not to let Alice grab my leg from down the rabbit hole. Sometimes I think Alice has me by at least the calf!! 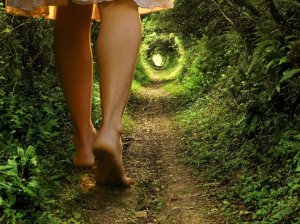