Oh man oh man oh man….today I was assaulted with so many things that are near and dear to my heart. My mom, most of all. Alzheimer’s is just such a weird disease. It robs the person of their sense of self, in the moment. They have this vast memory for their distant past, but do not recall if they have eaten or showered recently. It robs you of meaningful conversations. I did not realize how dependent upon my mom I still am. I mean, I have been married for 32 years. I have not lived with my mom in about 40 years. We have lived in different states for much of my marriage. But the weird thing is that I have always known she was “there.” And that she was there for me. If I needed her, she would part the Red Sea herself to be at my side. My mom is tiny but she is a force of nature. A long time ago, many, many years ago, when we were living in the Los Angeles area, I liked a boy. His name was Armando. I was besotted. Totally. My first love. He used to walk me home and we’d sit on the front steps and just talk. I was 12 or 13. We never even held hands! Back then if you liked someone, you would dedicate songs to them on the local radio. When Armando dedicated a song to me, I thought I was in heaven! Well, this other girl in our school liked him, too. About this same time, I was playing flag football in our neighborhood with my brother and some buddies, and both of my knees “gave out on me.” Now remember, this was back when there were dress codes. Girls were not allowed to wear pants. Only dresses. And they had to be a specific length. No mini skits allowed. Anyway, I was taken to the hospital after our football game and was immediately casted on both legs, from my ankles to my hips. Both legs. Both of them. In dresses. At a desk or bench. Can you imagine? I was given a waiver to wear my gym shorts underneath. How nice of them. I also was on crutches. (Did I ever mention that I also had glasses and braces? Gee, not too much of a standout, was I??? And at the age when you want to melt into the scenery, too). As I made my way to the back gate, to meet my mom for a ride home after school one afternoon, this other girl decided she and her friends would beat me up. (Because I guess she would get rid of the competition and what guy doesn’t like you beating other girls up for him???). My mom arrived and saw a pile of girls beating someone. Not knowing I was at the bottom of that pile, my little 4’11” mom jumped in and started yanking girls off by their hair, yelling at them. At this time, a teacher came up to assist her. Imagine her surprise at finding me at the bottom, all bloody and bruised and in need of another hospital visit? The point is my mom had no idea it was me. She just knew someone needed help and she dove in. Armando and I didn’t have a chance after that. He was embarrassed and my parents had enough of LA and we put our house up for sale and moved to Orange County. (That same girl sent her little brother and his buddies after my brother a day or so later. It was just too much for my parents to deal with, so we moved away). But I will never forget my mom diving on top of all those girls (there were apparently 11 of them) and yanking them off a kid, not even knowing it was me, with her bare hands and her loud voice! She is a mama bear. And I love her for that. And I miss it. And now we are planning and arranging to have her come to live with us. It makes me sad. She will be here, but our conversations will be shallow. But I am banking on lots of hugs and her many comments, especially, “I love you, honey” from her. At least I will have HER. And I can’t think of a better way to show her how much I appreciate her having my back all these years, than by having hers, now, as she struggles with Alzheimer’s.

And then today there was a post, chiding pro lifers who protest and pray outside abortion clinics. Basically, a man was saying that pro lifers need to come inside the clinics (like PP lets us inside them) and offer to support that mom, to pay her needs, and to adopt that child. Well, I responded, “Been there. Done that. A lot of us do. On a regular basis.” It made me angry. And the mother bear that I get from my mom came out in me. I desperately want to take in these babies. I would love to have them lined up in cribs in my home. But it is not feasible. (And I am now too old, per system requirements!!) We have done away with orphanages in this country. Instead, we have social services. Being a foster parent opened my eyes to all of that horrific-ness. I know social workers are over stressed with so many clients that they cannot do right by them all. I know the system is woefully inadequate. But I do not believe throwing money at it will help. We need to re-think how we do this. What’s wrong with lovingly operated orphanages where women could come to get prenatal care and even give birth, and then leave their babies so they could be adopted? I’d volunteer to help there. There has to be a way to reach more women who choose life for their children, but cannot parent them. I know so many families who would lovingly take a child to raise as their own. *sigh* Rant over.

And today my hubby was subjected to so much turbulence on his flight to Juneau, he said it was the worst he’s ever experienced. I asked if he got sick and his reply was, “No. I was too scared. But I prayed a lot.” Isn’t that awesome? Me? I would have puked all over everyone. I barely fly in normal, clear weather. Yesterday, my oldest son showed me photos of where he’d been working, way up in the Arctic Circle. And then he showed me the  plane he flew home in. Absolutely not. Oh my word. So small. I need big, ginormous planes to feel safe. And my daughter-in-law’s parents are stuck and cannot get back up here, due to a storm hitting Seattle. My poor Seattle, to get 6″-12″ of snow in a day or two has closed them down. Their hilly streets are no match for that much snow. I do miss living there, but don’t miss the crazy driving on those hilly streets. One night I was at a stoplight in the pouring rain, so afraid of sliding down the hill as I tried to push my gas pedal, that in my head I kept hearing Cape Canaveral count downs…”Minus 60 seconds to launch…!!” I was that leaned back in my seat! I was shaking. Don’t miss that driving at all. And today we have sunshine but 10 degrees. Hoar frost all over everything, which makes the world sparkle. I love cold temps after the snow.

And a friend was complaining that today was being “such a Monday.” I totally get that. Like I said, I was assaulted by so many things that were hitting my heart today. And some days are like that. Things fly at you from so many directions. My granddaughters, who live in SoCal, apparently discovered permanent markers that were hidden away. While mom and dad slept they painted the house, and themselves. The photos I received this morning were hilarious. I know I should not laugh, but that particular son of mine caused me to have poison control on speed dial. Life was so eventful with that particular child. And so it made me laugh that his daughters are following in his footsteps, complete with that little glimmer in their eyes. And it was another little crisis coming at me, as I scrambled for recipes using my essential oils, to help them clean that up (it’s lemon oil to the rescue, in case that ever comes up!). One of my friends is dealing with ill health of one of their pets. Another just had twin granddaughters. His daughter was a surrogate for his other daughter, who has had breast cancer and is unable to have children. I little miracle that made me smile today. After saying that, I won’t even go into the Super Bowl and that miasma of issues! But just to say that Mondays can sometimes undo us. And it can be joyous and laughter-filled, or total chaos. Sometimes those are just Mondays. When our children were small and we lived fairly quietly and isolated on a farm off a dirt road, I realized that Mondays were awful because it was fallout from busy weekends when we went into town and mingled with people. Soccer matches, or Church events, grocery shopping or visiting with friends. It was outside our normal pattern, and the day afterwards the kids were “out of sorts” and it made my Mondays stink. Truly. And as we get older, we get into habits. My mom remembers to eat because she does the same thing every morning – she walks to the cafe for coffee and chatter. Otherwise, if she just sat in her apartment, she would just sit. And forget to eat. And when her routine is disrupted, it can take a day or two for her to feel herself again. We are all like that. And right now, in our world, our lives are disrupted. It is not only Monday, it is pretty much becoming daily. Chaos and noise, busy-ness and business. We were not meant for this much humanity, rubbing up against one another constantly. 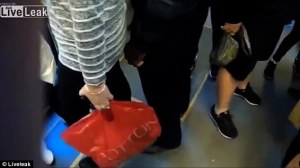 Sometimes we need to unplug and just be quiet. No TV, no phones, no radios, no videos or video games. I can joyfully spend hours at home in silence, getting on with my day. My head can create enough turbulence in me just being me, and coming to terms with life. And with tensions so high in so many areas and for so many reasons, I like to dial it back a hair and just veg. Just be at home. Or perhaps coffee with a friend to chat. Or maybe stopping into a church for quiet prayer and reflection. “Holy Silence” is something I have learned along the way and I love embracing silence, being in communion with God. I can offer up all my toil for His use and His good ends. Offering our work for the Work of God and His Kingdom is a wonderfully humbling way to approach our days.

“Silence is the door-keeper of the interior life.” (281) The Way by St. Josemaria Escriva

I love to think that doing little things, in silence, that benefit my family or my job, can be given to God and help to build my interior life with Him. On Mondays, when it all seems to go sideways, from the horrid commute (“Nothing’s wrong on the road today, it’s just Monday” – a quote on our local roadway page) to the craziness of our kids, and the failures we accomplish along the way…we can opt to reflect and to silently ask God for help and direction and peace.

“Action is worth nothing without prayer: prayer grows in value with sacrifice.” (81) The Way, by St. Josemaria Escriva. 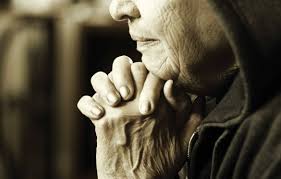