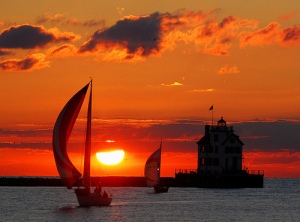 I’ve had weeks when life just sails along and you really have to pinch yourself at how awesome that week has been.  And then there is this week.  Well, it’s not the polar opposite, but it ranks right up there with days I would prefer not to repeat, although it is ending pretty good.  I love spending fun, abrupt, and un-planned time with my kids and grandchildren, and last night was just that. Sort of helped wrap this week up with a bow, so to speak! 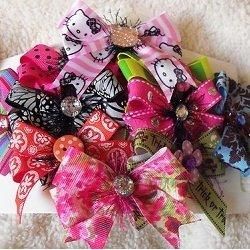 When I see injustice, it is somehow wired in me to do something, if I can.  I also have this habit of not being easily intimidated.  I am not sure where I get this over-inflated sense of confidence from, because physically, I am so not in tip-top shape and someone could just push me and down I would go.  Which is another entirely different thought for a post!  However, when the hairs on the back of your neck go up and you feel deep in your bones that something is wrong, well, for me, I have to lash out at the perpetrator.

“And Jesus entered the temple and drove out all those who were buying and selling in the temple, and overturned the tables of the money changers and the seats of those who were selling doves. And He said to them, “It is written, ‘MY HOUSE SHALL BE CALLED A HOUSE OF PRAYER’; but you are making it a ROBBERS’ DEN.”…” Matthew 21:12-13

Jesus got mad.  Don’t forget, He was human in all things, save sin!  (“For we do not have a high priest who is unable to empathize with our weaknesses, but we have one who has been tempted in every way, just as we are–yet he did not sin.” Hebrews 4:15).  And some feel that righteous anger is just that – righteous.  This week I confronted someone who I felt was being unjust.  Because of that it has been intimated I was lying and embellishing the truth to fit my own agenda.  I find it laughable and ludicrous because obviously this person does not know me well.  This person also presents as a Christian; one who attends Church regularly.  But the metanoia, or change of heart (“to express that mighty change in mind, heart, and life wrought by the Spirit of God.” by Richard Trench in his work, “Synonyms of the New Testament”) does not seem to have really occurred.  And I am saddened by the whole thing.  Partially because I dislike getting that angry. I knew in my heart I was right and that I had truth on my side, but I still hate loosing my temper. And I have a profound sense of disappointment in learning someone is not up to the standards I had presumed they were.

When we see things that we know are inherently wrong, it is almost adding to the sinfulness to not do anything about it. In traditional, western, Catholic theology, there is the concept of the “sin of omission,” which is considered to be as evil as the sin of “commission,” when we actually do a sinful act.  Because, truthfully, not doing anything in the face of evil is as bad for us as committing evil, in regards to the stain on our souls.  And that is where I was stuck – in that proverbial position of the rock and that darned old hard place.  And so I stood up and railed against the wrongs I witnessed and was told about.  And it got ugly; I did not feel intimated and I never felt that I was going “off” on someone, but I truly did loose my temper.  I actually only had resolution in mind for those who had been wronged, but instead it has grown into a sense of protecting any others affected now or in the future. And that is why, I think, I got angry.  The injustice around me, but also that which could be perpetrated on others, in the future, if I stood aside and said or did nothing. And to top it off, I was also protecting family, and friends who mean the world to me.

Knowing that you have truth on your side makes railing against wrongs so much easier.  Another side incident occurred when I could demonstrate this to my son.  He and a friend each told their parents about some things that had happened.  When the parents discussed the incidents, it was found that the boys never wavered from what had taken place. And I told my son how wonderful it is to tell the truth, because you don’t have to remember stories, or worry about keeping things “straight,” because truth is truth and it is always the same. Lies get convoluted and twisted and become some difficult thing to transverse through, much like the maze of wiring below. (Shout out to my electrically-oriented friends and family!!)

And now we have to move forward and make some changes. All change, in pretty much all areas, can cause pain.  It can be rough to go from one environment to another.  We experienced over the past year complete relocation, thousands of miles from our comfort zone.  We made a place for ourselves; we changed; and we are getting comfy, and feeling safe and loving a new sense of belonging.  And then something pretty ugly happens.  Now, we have to regroup once again!  But I know truth triumphs over all things; I know that anger is occasionally justified; and I know my heart is in the right place. 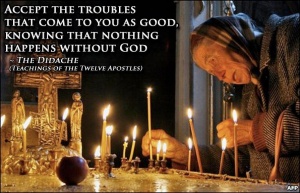 There is a profound sense of who we are and what we stand for, that we develop as we age. Hopefully it is not a prejudicial point of view wherein you treat anyone who diverges from your point of view as evil, “other,” or inherently in the wrong.  According to the Miriam Online Dictionary, prejudice is defined as:

a (1) :  preconceived judgment or opinion (2) :  an adverse opinion or leaning formed without just grounds or before sufficient knowledge; b :  an instance of such judgment or opinion;  c :  an irrational attitude of hostility directed against an individual, a group, a race, or their supposed characteristics

I was tasked with working for an EEO Unit within a Human Resources department in California a few years back.  I learned the legal treatment and definition of prejudice in all its glory and ugliness.  I think it colored my sense of right and wrong, and perhaps made me sensitive to prejudicial behavior.  Prejudice can come from many places and it can mean many things.  There are the most common forms based on color, creed, or gender.  But there are some others which seep into our lives that we do not even realize. In schoolyard sports, back in my day, it could mean being called last when choosing teams.  It can mean “not being seen” in the profoundest sense of the term by the society around you because you somehow do not “measure up.” There’s prejudice when we separate those who have difficulties from those who do not – as in mental or physical defect.  There is, however, a common one that makes me crazy and that is prejudicial treatment based on belonging to the “in crowd.”  Keeping others on the outside while developing a clique among a large group is wrong and hurtful. It can be based on unfamiliarity (“Who’s that kid over there?  He doesn’t belong here!”) or lack of exposure (“When did they move here?).  It can be based on preconceived notions (“I never knew a girl could run that fast”) that we have been handed down by our elders. There are many, many ways prejudice can enter our lives and we need to acknowledge it exists, and then we need to work on stamping it out. 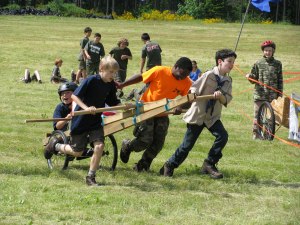 And so I took my stand and I made my statement and I sleep well at night. I have no problems defending against prejudice and we all should become aware of it.  I have started saying, in part to help me remember, “Different is just different. It is not better; it is not worse; it is not more, nor is it less. It is just different.”  Perhaps if we could apply this to all aspects of our lives, the world would spin a little smoother, and joy would be the emotion we experience more and more often.